Minato City is Tokyo , the east is located in southeastern area mostly, and faces Tokyo Bay, and Shinagawa city and the east touch the center city a little at the northern end, and are next to Koto city respectively in Shibuya city and the south in west in Chiyoda city and Shinjuku city in the north.

Minato City consists of a hill place by the northwest stretch and a landfill of southeastern low land facing Tokyo Bay and Shibaura beach. I have the topography richest in a heave in 23 cities of Tokyo because a hill place is an end in Musashino-daichi it triggers in the Chichibu foot of a mountain, and these plateaus are small prominence-like hilly area. Level terrain lies in the Furukawa (Kanasugi river) basin which flows to the east from the west in a central part in city.

There is a slope of about 90 only by something named. Something by which the name of the slope concerns a legend like “rope slope” “guide slope of a rope”, (the name for one person Watanabe no Tsuna of Minamotono Yorimitsu’s big four famous for a monster hunt in Rashomon), temples and shrines which match something for cityscape of “Shiomi slope” “Fujimi slope” etc., the one put from the shape of the slope of “medicine Institute slope” “zigzag shape slope” etc. and Location in a “Hikawa slope” “Toriizaka” etc. slope and something put from a daimyo’s mansion, I have that.

Two important highways are passing from the old days. One is the Tokaidoroad which was one on the most important highway in the Edo Period on the Daiichi-keihin national highway which comes off in Takanawa through Shiba from Shimbashi (route 15 of national highway). Stone mound of the Okido mark which is a front door in the town in Edo is left for Takanawa. The old days are called Atsugi highway (Oyama way) on Aoyama street Shibuya can remove through Aoyama from Akasaka Mitsuke (route 246 of national highway), and another is the important highway where Sagami is formed with Edo. A vast residence of Aoyama person who was a senior statesman of Tokugawa leyasu was spread in both sides on this highway.

I personally as a handicapped person, she’s been helping me a lot for cleaning thoroughly every time. I really appreciate also that she always tries to help me out getting things etc. Thank you so much.
Service in use

Thank you very much for your continued use of our housekeeping services.

I had totally gave up on the stubborn oil stains on the stove and the exhaust fan in our kitchen. Actually I was cleaning by myself on weekends while my husband’s around but it was impossible to remove the oil stain completely and our stove and fan gradually got accumulated, which made my husband started to complain on me finally. So I decided to ask Pinay Housekeeping to clean our house. She cleaned the exhaust fan and stove well and made our kitchen really beautiful and shiny. After she finished 2 hours cleaning, our house became like brand new and it made us feel much brighter. Those hours I used spend to clean are now for having fun with family so our kids are really happy about it.
Service in use

It is indeed a pleasure for us to hear your comments or reply. We will strive to fulfill your needs by providing the best cleaning service.

I live with my girlfriend who used to take care of cleaning my house but she became busy with her work. So we decided to have a housekeeper. There is no surprise on her skills as we didn’t ask anything technical but we found her very reliable for cleaning speedy but thoroughly like my aunty. She made all the rooms tidy in 3hours. We are satisfied so much.
Service in use

Thank you very much for sending your remarks. We will try to best satisfy your requests. 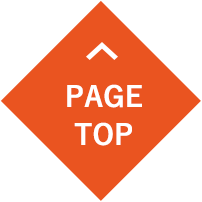 Please check the latest information or promotion.
You can find more of our Filipina staff.